Netherguild is a game about assembling an expedition deep into earth, exploring and bonding with your team members - it's also a turn based strategy-roguelite game set in a fantasy world with no magic.

After a long while, I finally added a complete character equipment system, a treasure / loot system, and some more stuff to enrich Netherguild's gameplay experience! Here's a few snippets of the new features added, hopefully they'll make for a fun read! 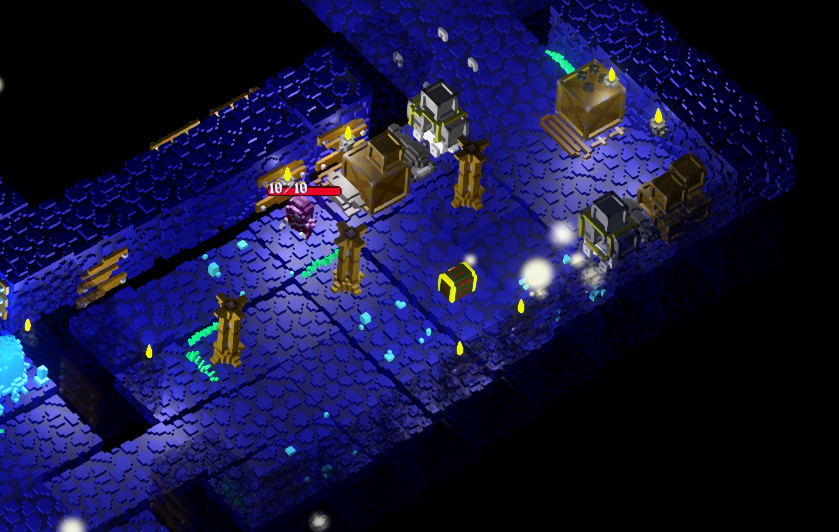 Originally inspired by the "treasure rooms"/"item rooms" in the Binding of Isaac, these rooms let players find new equipment underground - the basic idea behind these is a treasure chest sitting in the middle of a room, with a reward.
However, while that makes sense mechanically, it felt like it'd be inconsistent with the game's world to me- after all, in the initial set of levels, the area is populated with bandits, therefore, the player would be plundering their treasure- and what kind of bandit leaves a treasure chest unguarded in the middle of any cave room?

Additionally... these bandits are gearing up for something big! And they don't expect any intruders.

Therefore, after some thinking, I decided in the first initial levels, these would be storage rooms with treasure rather than "treasure rooms"- and thus they'd be filled with treasure together with more mundane equipment - an, at times, they'd be guarded by certain bandits.

With the addition of new equipment, characters can now wield two shields! Or two swords. In the current few early levels, all equipment is common, however - in the future, rarer procedurally generated shields will also have health increasing effects or resistances, while swords may increase strength or give the user better / additional attacks.

Therefore, dual wielding shields would be a quite tanky playstyle, and while sword attacks generally deal more direct and constant damage, shield attacks are valuable for controlling enemies.

Control tanks with a lot of resistances / health? Hell yeah.

Even more drinking: The best way to celebrate a new update! (:

Besides your good ol' bandit moonshine, you can now find a special trinket that gives you some necessary liquid courage - it's powerful stuff!

Additionally, this update has ~35 different items that are waiting to be uncovered.

So, if you haven't checked out the new Netherguild update yet,

With that being said, I've also enabled donations to Netherguild recently via itch - developing Netherguild is somewhat unsustainable at the moment, so I figured if anybody really enjoyed the game and wants to help me in its development, they're now welcome to do so!

Eventually, Netherguild will probably be up for (polished) early access on steam which would make this stuff way easier for me - but that won't happen for a while, so temporary problems call for temporary solutions.

If you can't donate and still want to help, leave me a nice comment, give me feedback, tell your friends about the game or rate it! That helps a lot- also huge thank you to every person that tried my game, you guys rock.